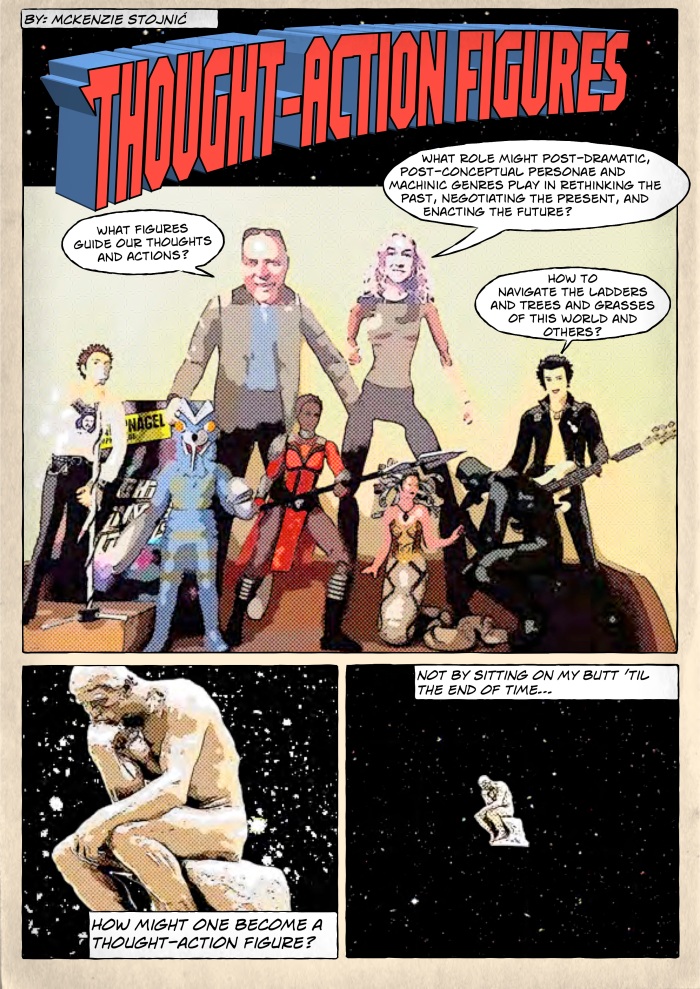 Our work operates at the intersections of art/life, theory/practice, and episteme/doxa
through talks, lecture performances, comics, videos, texts, and workshops.

TAF EPISODE 7: THE THINKERS premiered in May 2018 at Spring Festival in Utrecht as the first collaboration of McKenzie-Stojnić

Follow a >this webpage is under (re)construction, meanwhile click on the NEWS section (up righthand corner) for the latest-ish updates< on WordPress.com